Costume, Fashion and Textile Research Let’s start!  This one is a one stop post for listed images and reference related to all things clothing in the digital world.

Wonderful article from Wendy Wards Blog site. All you ever need to know about looking after your fabric scissors. #fabricscissors

Remember my visit to the fabulous Ernest Wright & Son scissor factory in my hometown of Sheffield at the end of last year? And my promise that an interview with owner Nick Wright all about how to look after your scissors would follow soon? Well at long last, here it is. Better late than never. Are you sitting comfortably……

Me: What’s the best way to look after your scissors Nick?

Nick: I would always say store scissors dry, and maybe wrapped in some clean dry absorbent material. We use carbon steel (not stainless) for most of our cloth-cutting products as we find carbon steel holds its sharp edge better and for longer; however it doesn’t always mix too well with moisture.
Frequently open your scissors really wide, and firmly wipe all the insides with a dry cloth (take care with your fingers!) including behind the screw area around where the…

An interview with Kristen Stewart – curator of Costume and Textile exhibitions.

A couple weeks ago I had the pleasure of meeting Kristen Stewart, the Nathalie L. Klaus Curator of Costumes and Textiles at the Valentine museum. Originally from Richmond, Kristen has worked with several great costume collections including the MET Costume Institute before moving back to take the position at the Valentine last fall. Kristen was kind enough to take me on a personal tour of the current Classical Allure: Richmond Style show, and to answer some of my questions.

Libertas – knit garments from the 1970’s, providing freedom of movement for the body.*

Classical Allure is a small but engaging collection of items in an intimate setting that perfectly suits an exhibit showcasing fashion about and belonging to native Richmonders. The focus of the collection are the four goddesses representing Virginia on the state seal, Virtus (virtue / valor), Ceres (agriculture / fertility); Libertas (liberty) and Aeternitas (eternity). Through garments, sculpture… 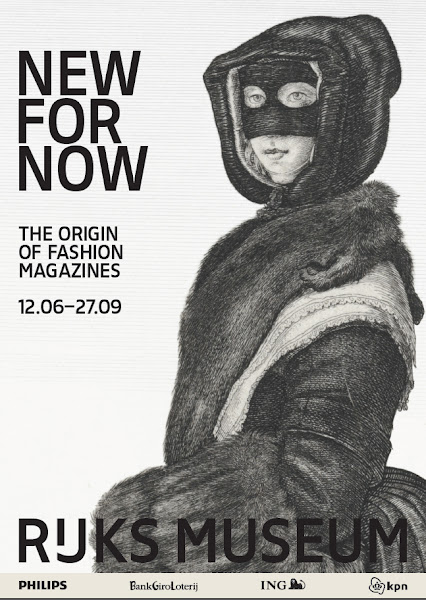 What: New for Now: The Origin of Fashion Magazines

Where: The Rijksmuseum, Amsterdam, Netherlands

“Before the advent of photography, fashion was mainly seen in prints. The often beautifully coloured designs showed one or several models wearing fashionable clothing, and included a short description. For that reason, these fashion prints in particular are considered the precursors to today’s fashion magazines.

The Rijksmuseum presents a major retrospective of its rich collection of costume and fashion prints for the first time. The change in women’s and men’s fashion from the year 1600 up to and including the first half of the 20th century, and the development of the fashion magazine into the fashion glossies we know today, can be seen in more than 300 prints. The exhibition was designed by designer and co-curator Christian Borstlap, in collaboration with fashion illustrators Piet Paris and Quentin Jones.”

“We have to continually be jumping off cliffs and developing our wings on the way down.” ― Kurt Vonnegut Jr.

Historical Costuming for the Rest of Us

An International Collective of Felt and Fiber Artists

A travel blog about cultural costume and fashionable adventures

The Mantua Maker at Midnight

A Damsel in This Dress

My life in stitches - adventures in the world of costuming...